“Yes, I am one of those…. one of those really annoying people who finds it difficult to sit still for more than five minutes. One of those people who reads three pages of a book on holiday and then asks, “what shall we do now?”

So, you can imagine, I was a little sceptical about taking a ‘beach’ holiday with my equally annoying fidgety husband. Granted we were going to Sugar Beach, a Viceroy Resort in Saint Lucia so knew it was going to entail gorgeous weather, scenery, the unmistakable Caribbean vibe, and food! Oh, and rum, can’t forget the rum! It was going to be interesting… two adventure mad adrenaline junkies on a so called ‘fly and flop’ holiday, eek!

However,… yes, a giant HOWEVER…. let me tell you, for starters Sugar Beach’ location has to be one of the most spectacular that I have ever seen, literally bringing me to tears! (did I just admit that?.. what can I say I’m a hopeless romantic and a sucker for a good view!), and this was a breath-taking view – standing with toes in the sand, listening to the waves lapping onto the beach looking out at Saint Lucia’s two iconic and World-Heritage listed Pitons, the tropical environment alive and vibrant and the glistening Caribbean Sea sparkling under the warm sun… had we died and gone to heaven?

After setting up camp on the resort’s beach, it didn’t take long for the dreaded question to be asked – yes, I admit, I was the first to cave this time… “so, what do you fancy doing tomorrow?” A roll of the eyes was the reply along with, “well why don’t we ask our butler (yes, butler!), for activity recommendations?” So, that’s what we did.

The next morning, we were booked to hike Gros Piton, apparently the only Piton mere mortals can hike without climbing gear and equipment. Advantageously, Gros Piton is within close proximity to Sugar Beach so the transfer to the foot of the Piton took only minutes. Supplied with a backpack and water, we were greeted by our guide Edward, who later informed us that he runs up the Piton daily to keep fit and strong, and for fun! I thought, “yes, my man, I love you already!”. The trail weaves its way through the rainforest, gently undulating to begin with before starting to wind its way up the mountain. The rainforest is thick in parts with the just the trail to focus on as well as the colours,  the forest aromas, the noises that greet you at every turn, and then suddenly a gap in the trees and a flash of blue, where you can’t tell where the sea meets the sky. Onwards and upwards we climbed and scrambled before reaching the halfway point where Edward gave us a breather and time to look out at the most incredible view! Both drenched in sweat, glugging water and grinning like Cheshire cats we followed Edward, who pranced like an elegant gazelle up the trail ahead of us. My husband and I are both of a good fitness level (not like Edward), and parts of the trail left us gassing but we pressed on with eyes on the prize… the summit!

A last few steep steps to tackle and we had made it, we were now standing on the summit of Gros Piton! Our eyes couldn’t adjust quick enough to the sensational view that presented itself, we could see right over the island of Saint Lucia, the rainforest canopy that was thick and lush, hidden beaches and coves that could be spotted along the perimeter of the Island, the sun’s rays dancing on the surface of the sea and down to the left, Sugar Beach with its glorious location, white-washed villas and Residences, it was simply wonderful! This was a selfie moment if ever there was one, and Edward stepped up and was more than happy to take a gazillion photos for us, plus he knew all the very best vantage points and angles, what a dream.

After hydrating, marvelling at the view and sitting down for a breather, we commenced our descent back down Gros Piton and back to Sugar Beach, it took half the time to descend then it did to climb, as you can imagine!

Once back in our Luxury Beachfront Bungalow, showered and ready to eat the world, our butler (yeh, I know, our butler!!), had left us a little note advising that he had booked us to participate in a night-time snorkelling experience later that day basing it on the fact that he was fairly certain we were going to love it, and he wasn’t wrong!

5:15pm Island time rolled around, and we found ourselves on the shore, steps from the water being introduced to our snorkel guide, Ray. Ray informed us that Sugar Beach boasts its own protected Marine Reserve, he then pointed and said, “it’s right here!”, pointing at the base of Petit Piton, that was about 50 metres from where we were standing. Ray also advised us on what we might expect to see and then provided us with snorkels, flippers and most importantly, a torch each. Within minutes we were ready and wading into the balmy Caribbean Sea right off the resort’s beach at sunset – it was a real ‘pinch me’ moment.

As the light faded, we were edging closer to the foot of Petit Piton and Ray practised some hand and light signals with us before he sent us on our way to experience the underwater world and my word did it put on a show! We saw lionfish, lobster, crab and shoals of tropical fish to name a few, and it was incredible to see them at night. Using our torches to guide us around the foot of the Piton, the underwater world was lit up and brought to life. By this time, it was pitch black, oppressing all the senses so we found Ray who was bobbing nearby, and we swam back to shore. We reconvened at the Jalousie Bar, situated right on the beach where we devoured a few delicious rum-based cocktails under the light of the stars. It had been a truly magical day and for so called adventure lovers, we were wiped out from the day’s excursions. Then it was asked… “what shall we do tomorrow?” 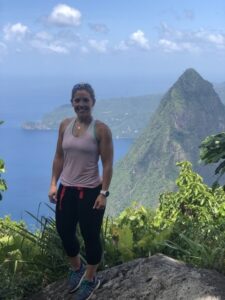 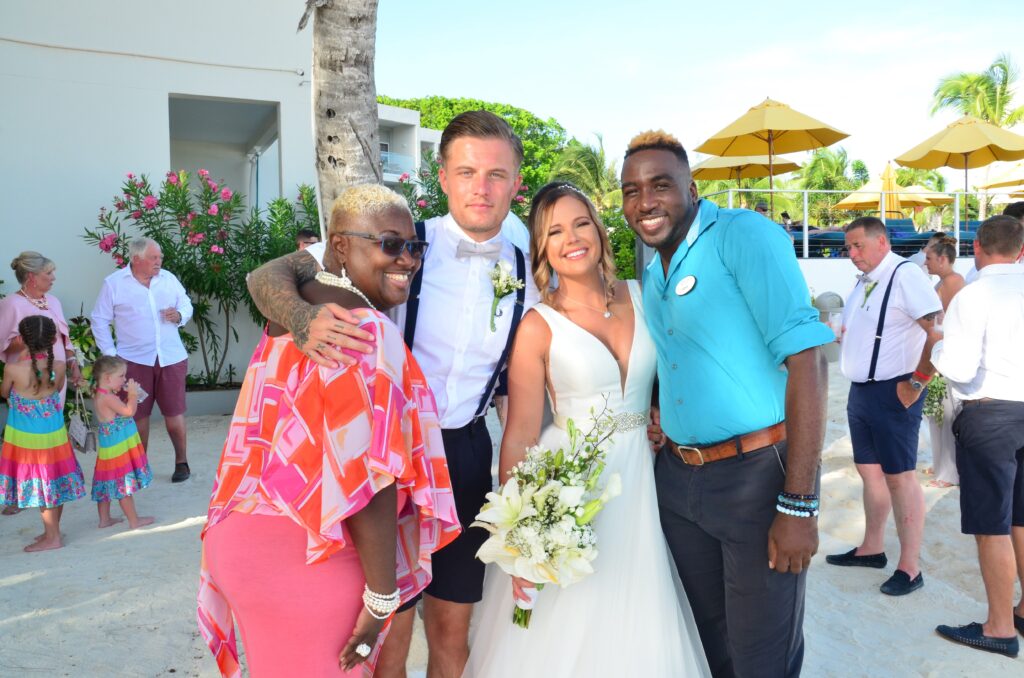 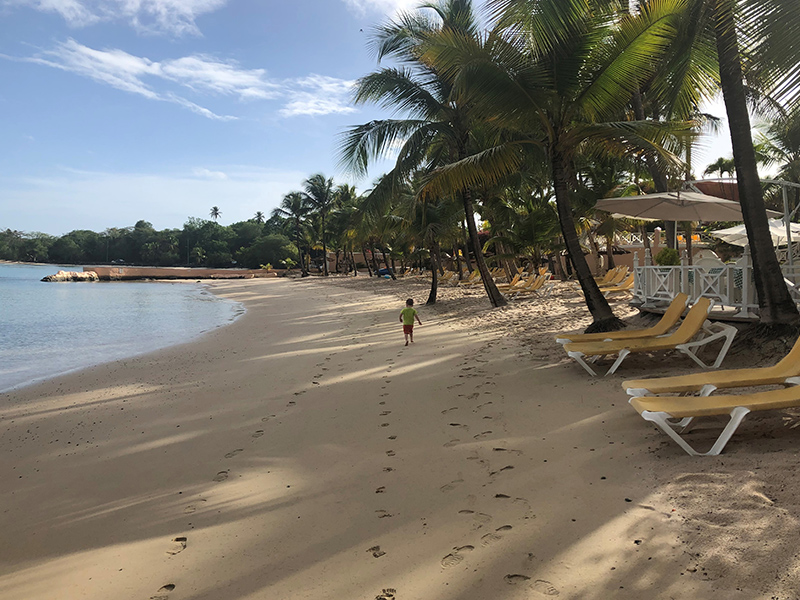 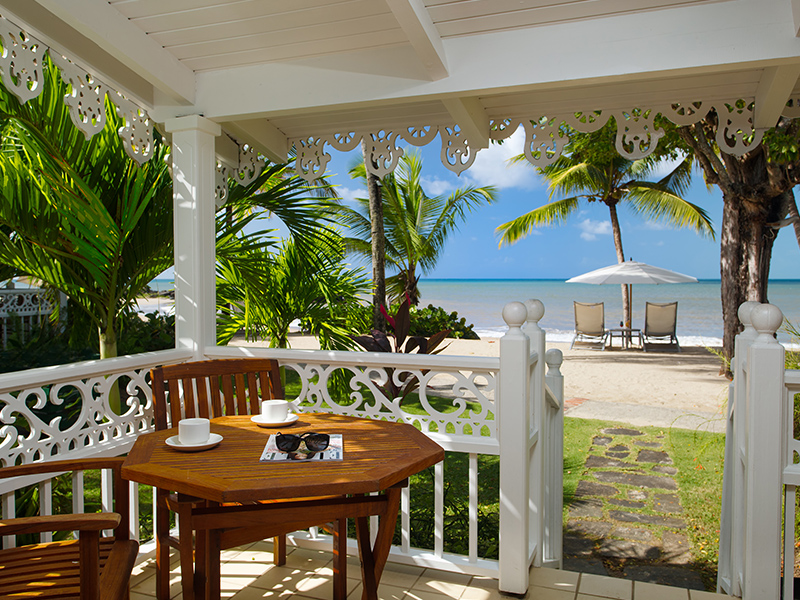 Time for 2 at Rendezvous St Lucia